Drugs shown to have no benefit (and some risks) for diabetics 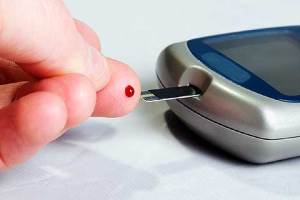 The results of a new study in diabetics has shown that adding drugs to drive blood pressure and blood-fats lower than current targets did not prevent heart problems, and in some cases caused harmful side effects.  This study was launched 10 years ago by the federal government to see if lowering blood sugar, blood fats or blood pressure would reduce heart attacks and strokes in diabetics.  The results showed that the drugs had no effect on reducing incidence of heart attack or stroke and for some caused serious side effects.

The results were called ‘disappointing’ but from my perspective this couldn’t be better news.  Had this study had positive outcomes it would have given another reason why every diabetic should be on more drugs to ‘protect their hearts.’

The studies were presented Sunday at an American College of Cardiology conference and published on the Internet by the New England Journal of Medicine.

They involved people with Type 2 diabetes — the most common form and the one rising because of the obesity epidemic. Diabetics have more than double the risk of dying of heart attacks or strokes than people without the disease.

The first piece of the study — about blood sugar — was stopped two years ago, when researchers saw more instead of less risk with that approach.

For the blood-fat study, researchers led by Columbia University’s Dr. Henry Ginsburg recruited more than 5,500 diabetics who also had another health risk, such as high blood pressure or cholesterol.

All were given a statin — cholesterol-lowering pills sold as Lipitor and Zocor.  Half also were given Abbott Laboratories’ blockbuster drug, TriCor; the rest got dummy pills. TriCor is a fibrate, a drug that lowers blood fats called trigylcerides while boosting “good” cholesterol.

The blood-pressure part of the study was led by Dr. William Cushman, preventive medicine chief at Veterans Affairs Medical Center in Memphis, Tennessee. About 4,700 diabetics were treated with various medicines to keep their systolic blood pressure — the top number — either below 140 or below 120.

The question raised in the article I read was ‘what should diabetics do then?’  First of all, they ask this question like medication is the only answer for these people.  Many millions of people have type II diabetes or are on their way to having it.  The first thing that should be done is avoid the disease in the first place.  Type II diabetes is not a disease in the classic sense.  It is no more a disease than obesity is a disease.  It can be avoided with a healthy lifestyle.  Proper nutrition should be a class in school just like science or math.  The fact that children learn more about the planet Mars than they do about how to truly eat nutritiously is ridiculous. I am not suggesting the sciences are not important, but I bet most kids couldn’t tell you the difference between a carbohydrate, a fat and a protein other than ‘fat is bad for you’ (which is wrong anyway).  True nutrition in which carbohydrates are emphasized less and healthy fats are emphasized more would go along way to reducing the health care crisis in this country.  The low fat paradigm will not work because it is inconsistent with human physiology.

I am not so naive to think that if children were educated from a young age about health and nutrition that we could prevent every case of type II diabetes.  With that said ‘what do diabetics do then?’  They change their lifestyles immediately upon diagnosis. It’s as simple as that.  I have many patients who have been diagnosed with type II diabetes and we routinely improve their outcomes with diet and supplementation.  The solution is simple; change the diet to a low carbohydrate diet, increase exercise and support them with supplementation designed to increase insulin sensitivity.  The trick is not to lower blood sugar intensely (as this study’s goal was) it is to change their hormonal picture.  While on our program blood sugar levels do decrease because of the diet but the real change is insulin regulation.

In the article I read the answer to the question ‘what do diabetics do?’ was answered by what most would consider a prominent physician.  He said:

I agree totally with the first part of the statement although I am sure the “diet” he is referring to is of the low fat variety which will not work for diabetics.  Diabetes is a disease (an I use ‘disease’ lightly) of carbohydrate metabolism.  Eating a low fat diet forces one to eat more carbohydrates.  Where is the logic in that!?

The second part of the statement is completely and totally ridiculous.  He tells us we should use “tried-and-true medicines that doctors recommend now to control health risks.”  The medications used in this study are the very drugs that almost every medical physician in this country would call “tried and true ways” to reduce cardiovascular disease.  Find me a medical physician who has any answer besides medication Lipitor or Zocor for lowering cholesterol and I’ll be surprised.  They did not make mention of the specific drugs they used to lower blood sugar or blood pressure but I am sure they are the common ones I see everyday in practice.  A statement like the one from Dr. Yancy simply doesn’t make sense in the context of what was studied.

Type II diabetes is a disease almost exclusively brought on by years of dietary indiscretions.  The fix is not drugs and this study shows that.  The fix is diet and lifestyle modification in which people significantly reduce carbohydrate consumption and begin to exercise.  Doing this improves health outcomes and has no side effect to worry about.  Depending on chemicals to do the job for you won’t work.